Below the organization chart for Team 2011 is shown. 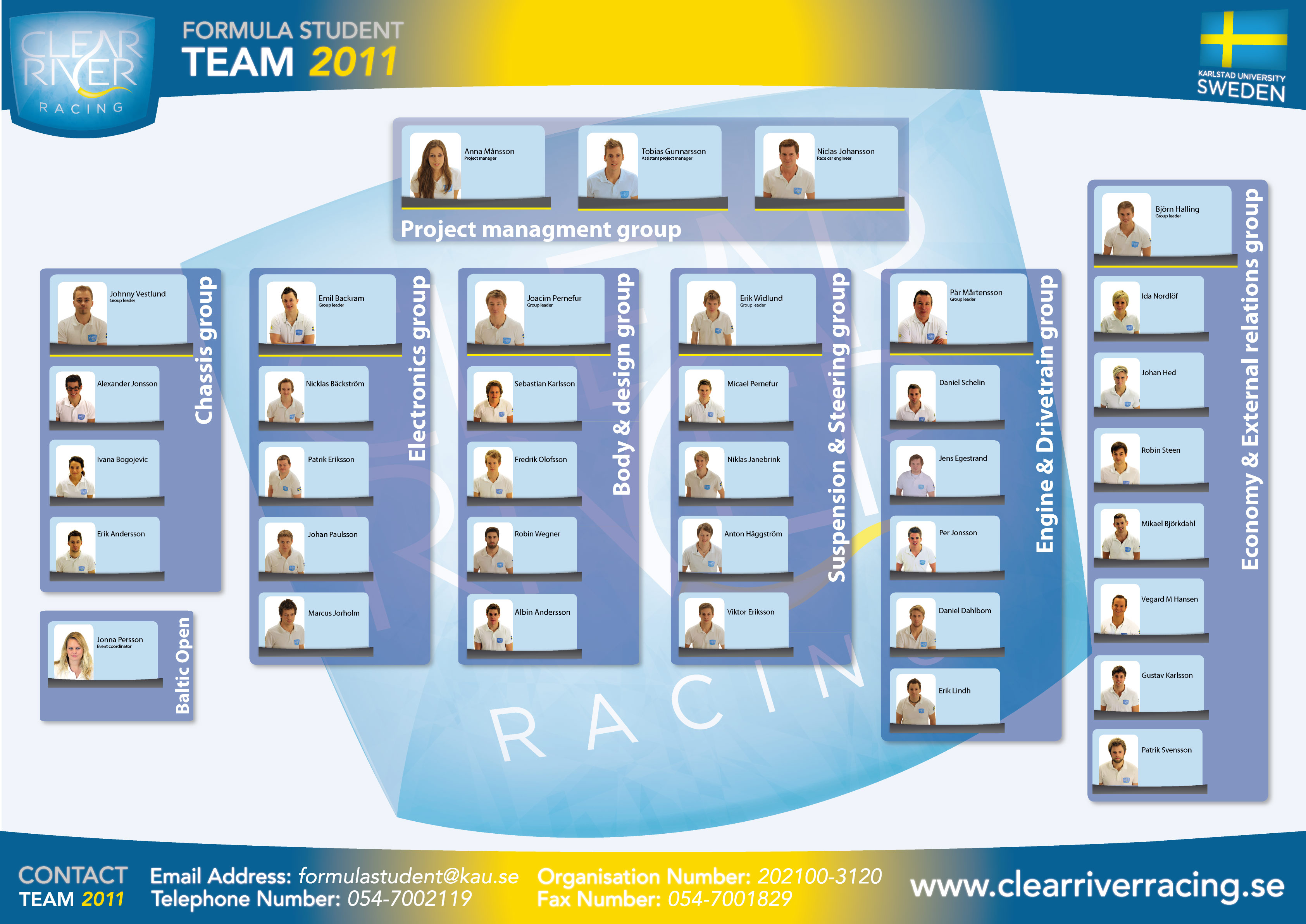 In August 2011 Team 2011 arranged the competition Baltic open in Karlstad. 21 teams from
countries like Sweden, Germany and Netherlands, the winning team was from Germany – Dramstadt.
In this competition Team 2011 placed 4/21.

This site uses Akismet to reduce spam. Learn how your comment data is processed.