Below the organization chart is shown for Team 2012. 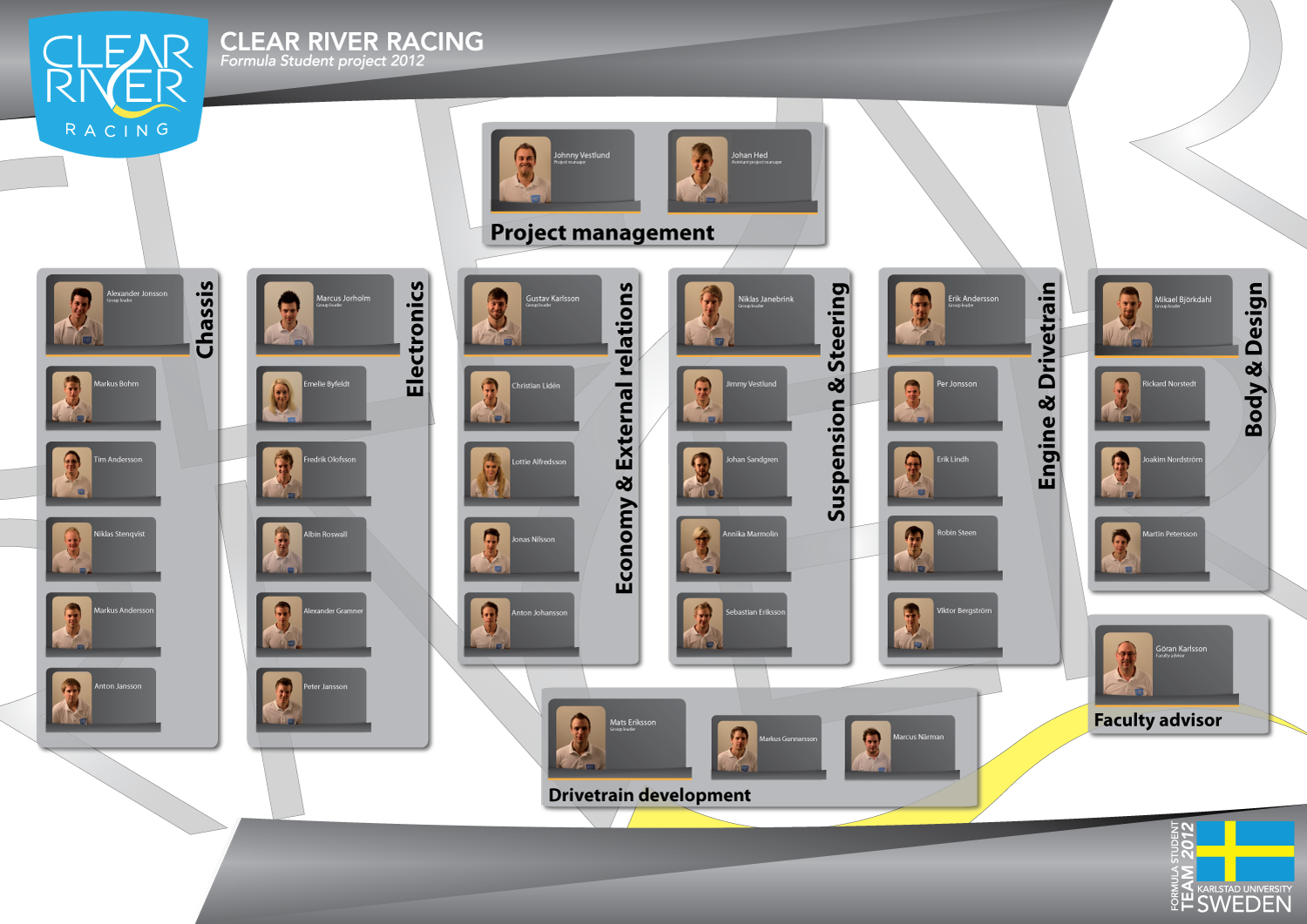 In July 2012 Team 2012 participated in the Formula Student competition at Silverstone Circuit.
Team 2012 placed 29/97 teams even though the engine did not work during the endurance event.

This site uses Akismet to reduce spam. Learn how your comment data is processed.